By the time I toured the park at 1 pm Saturday afternoon (the day of the judging), the crazy, nearly unpredictable Northern Illinois weather had already started taking its toll on the pieces. Regardless, I loved strolling through the park and gawking at these incredible works of art. Here are only a few from this year's competition: 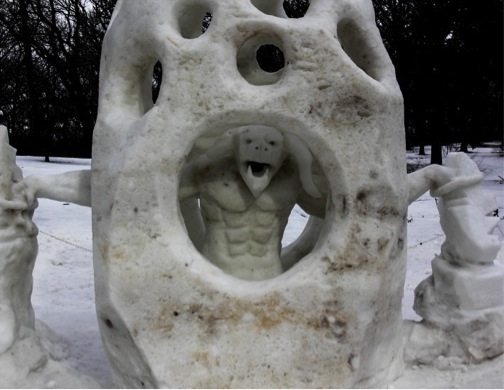 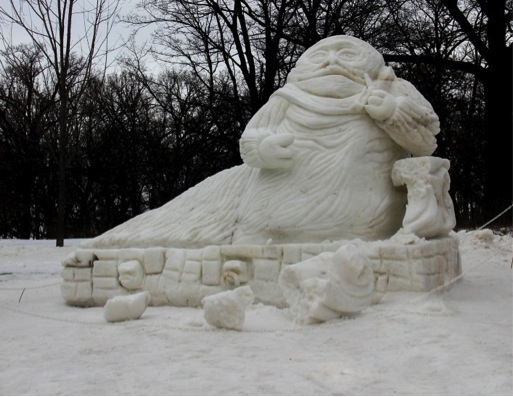 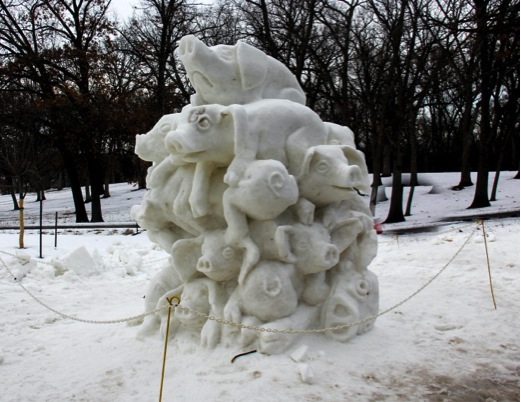 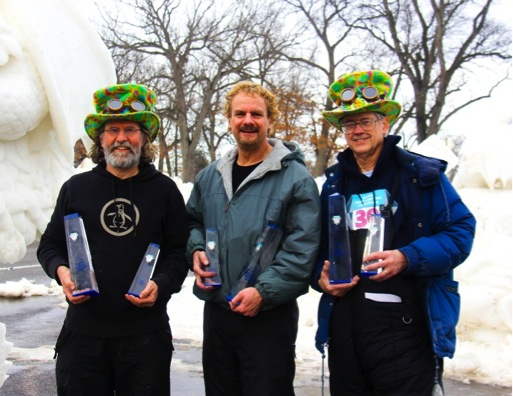 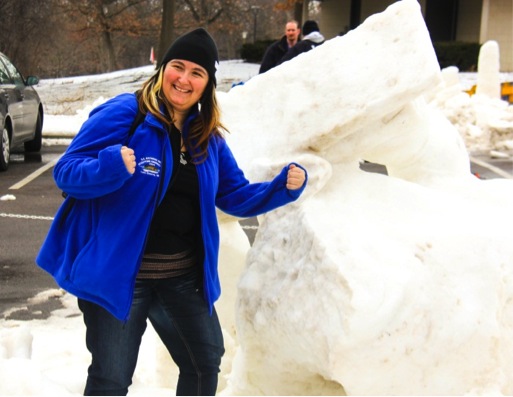 "This Man is Mine" by the Vikings in Black (Svenhard Skupien, Bjorn Skupien, Thorfinn Skupien) unfortunately collapsed under the weight of a surprising January rain storm 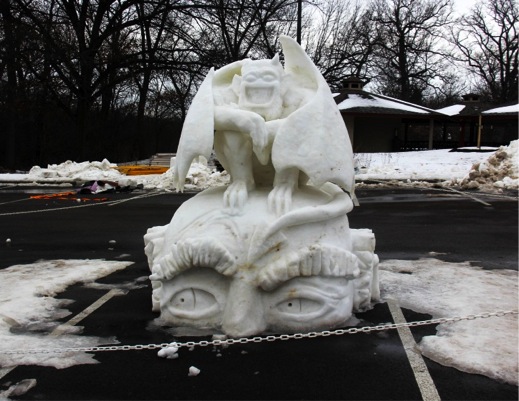 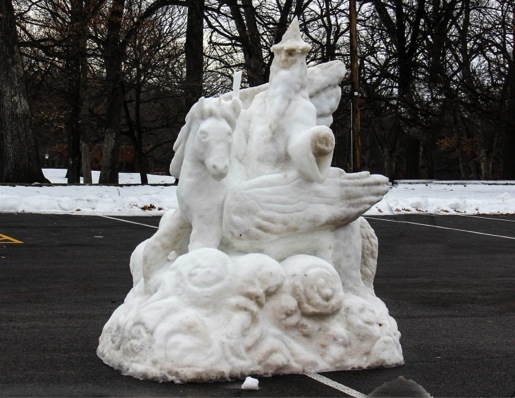 The Illinois Snow Sculpting Competition started with a chance encounter. In 1985, two local businessmen, Dennis Johnson and Brian Hampton, were snowmobiling in northern Wisconsin when they happened upon a winter carnival and snow sculpture created by Jim and Bev Neihaus of Eagle River, Wisconsin. They made arrangements to bring the young couple to Rockford, and in January 1986 they sculpted three pieces near what was, at the time, the Sinnissippi Park Greenhouse - now the Nicholas Conservatory & Gardens. The sculptures were an American eagle, the Statue of Liberty, and the Liberty Bell. Many Rockford Park District staff helped in the execution of these large creations.

The following summer, Dennis Johnson was informed about a group in Milwaukee that sanctioned state and national competitions. He and Rockford Alderman Frank Beach visited Milwaukee the following day, and Rockford became the host city for the first Illinois Snow Sculpting Competition in 1987. 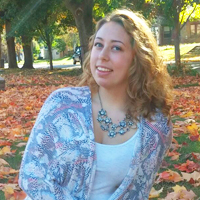 Addie Longberry is a senior at Keith Country Day School with a passion for the community. Between classes, rugby practice, theater, her internship at the RACVB, and various volunteer activities, Addie can be found lounging at local coffee shops or local music venues with her friends.