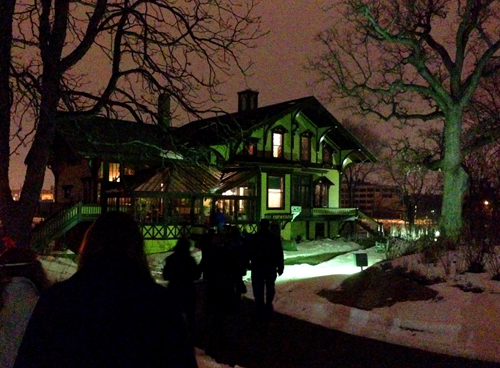 We had actually been looking at doing a murder mystery party in Chicago, but when I mentioned that Tinker regularly hosted parties like this, the closer (and cheaper!) option seemed like a much better idea. This was my first time ever doing a murder mystery party, so I wasn't really sure what to expect. It was 20s themed, so a few people (myself included) dressed up for the occasion. 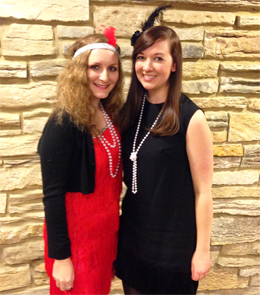 Before heading into the actual home, everyone first met at the barn to have a run-down of what we were going to do. Everyone sat around the table and waited for the Tinker staff to pass our envelopes of who our characters would be. There were 20 of us participating that night, but up to 25 can participate at once. Everyone received two envelopes: one with a description of your character (and a nametag), and one of a list of tasks your character had to complete that night.

Once we could open the first envelope, I was a little surprised at how detailed the description was! It was practically like a whole background story of who your character was. Mine was a girl named Alegra who was the daughter of one of the mob bosses. The description said what your situation was, who your friends and family were, who you disliked, and basically what you should act like once they party started.

Next we all walked over to the house and then were allowed to open the second envelope. I was expecting 4-5 tasks to do. Wrong. There were 12 tasks! Some were easy (listen to your "father", talk to so-and-so person...), but it was hard to tell at what pace everyone else was moving! 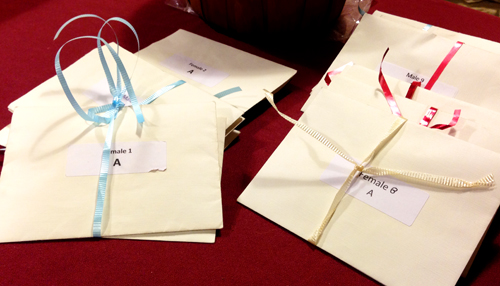 The funny thing is even though I only knew a couple people in the room, once everyone was in character, the awkwardness went away. We were all talking to everyone like we've known each other for years...as our characters had! If you want to find a way to break the ice with a group of people, participate in a murder mystery party.

We spent about an hour in the cottage and then once the "murder" happened, we had a little time to talk to other people to figure out who the murderer was and who 2 undercover feds were. If we couldn't identify the 2 feds, everyone at the speakeasy would go to jail. Spoiler alert: we all went to jail. (This is why my photos of the event are non-existent...I was concentrating too hard on solving the mystery!) 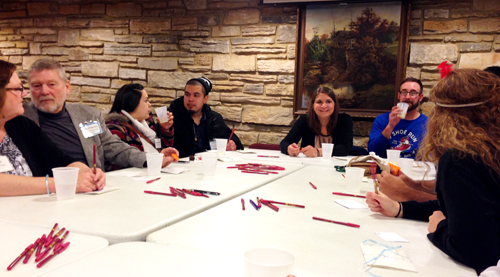 Overall, the murder mystery party was a blast, and I would recommend it to anyone! Having that kind of party inside Tinker Swiss Cottage is completely perfect...with the home's haunted history and everything. Plus at the end of the night, they served cupcakes.