Rockford's Awesomeness, One Stop at a Time

Here at the CVB, a day in the life of an intern is hardly ever "typical." But when a day at work means getting to tour some of the coolest places in the city, you know you've got it pretty good. For my first blog post, I'd like to talk about my experience on the RAHMA (Rockford Area Hotel Motel Association) tour last Friday. Katie Haun, RAHMA president and Alpine Inn GM, organized the tour (thanks Katie!) and the RACVB sponsored the bus. It was an opportunity for area hotel employees (and a few RACVB staff members) to experience firsthand some of the attractions they promote, and everyone involved did a great job!

Our tour group met at Giovanni's, where our lunch was provided and Al Castrogiovanni showed us the renovations on Big Al's Bar and Alchemy, works-in-progress that are scheduled to reopen on Thursday, July 18. It looks awesome. I encourage everyone to check it out when it reopens on the 18th.

After lunch, we got on the bus and headed to our first destination, Burpee Museum of Natural History. A trip to Burpee would have been cool in itself, but we got to see the new Homer exhibit a day before its grand opening! For those who don't know, Burpee just opened a new exhibit called Homer's Odyssey: From the Badlands to Burpee. Homer is a "teenaged Triceratops," and his first bones were discovered in Montana more than eight years ago. 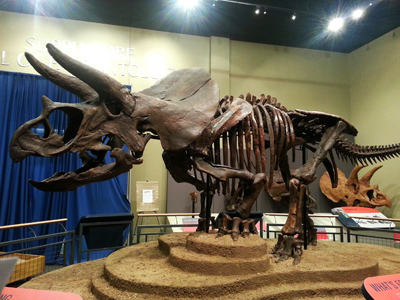 We then walked through the tunnel to the Rockford Art Museum (located in the same facility as Burpee and Discovery Center). The featured exhibit (up through August 11), Exposed: Akerlund, Hampton, Nordlof, was nothing short of incredible. It's a diverse exhibit featuring photography from three Rockford photographers with pictures ranging from Icelandic scenery, to charging lions, to recognizable Rockford people showcasing their professions

Nicholas Conservatory and Gardens was our next stop. The entrance lobby is full of history; a mural ribboning across each wall shows pieces of Rockford's past and present, and the floor - which at first glance just looks like a cool pattern, is really a small-scale Rock River. Inside the conservatory is beautiful. Did you know that Nicholas has a species of palm tree that was once thought to be extinct? We also got to see the rooftop garden, which makes the building greener and more energy-efficient. 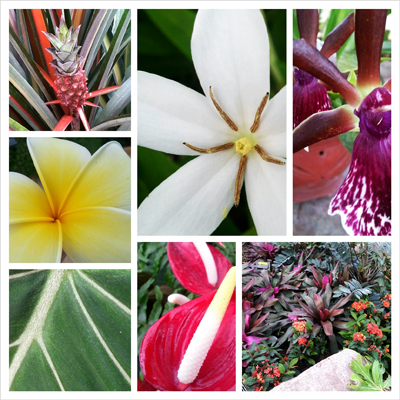 Our group took Trolley Car 36 from Nicholas to our final stop, the Rockford City Market.  Rockford Art Deli came out with a really cool new Rockford Peaches-themed t-shirt a couple weeks ago that they've had exclusively at City Market. I've been dying to own it, and now I do! I also couldn't resist AnJan's Eats's awesome dinner deal: a pork chop, corn on the cob and watermelon... for $7! I could have spent a ton at the Market, but luckily for my wallet it was soon time to go.

I'm happy to have been able to see firsthand just a small portion of all the great things Rockford has to offer, and I encourage everyone to visit these attractions. Thanks again to RAHMA for letting our group be part of your tour!

Chelsea is an intern at the Rockford Area Convention & Visitors Bureau.