In recent summers, softball teams of all ages have been flocking to our city to compete in the United States Specialty Sports Association's (USSSA) fastpitch tournaments. Last week, Rockford hosted the USSSA Fastpitch World Series. World Series is a huge tournament that ran from Tuesday to Sunday, and brought in approximately 70 teams from 17 states this summer. Wednesday was the busiest day for many, as it started bright and early with the Mothers' Breakfast and ended late with Opening Ceremonies. I got to be involved in the planning and preparation for Wednesday's activities, and seeing it all pay off was awesome!

The Mothers' Breakfast was a hit! Moms from over half of the teams came to the complimentary breakfast at Radisson, where different vendors were set up to make the experience even more special. Educators of Beauty in Rockford let us borrow a few students and an instructor to offer "mini manis," Alpha Floral set up a gardening and potting display, massage therapists offered 5-minute chair massages, and Meg's Daily Grind set up a coffee bar. They even came up with a special "USSSA Latte" (vanilla hazelnut... yum)! 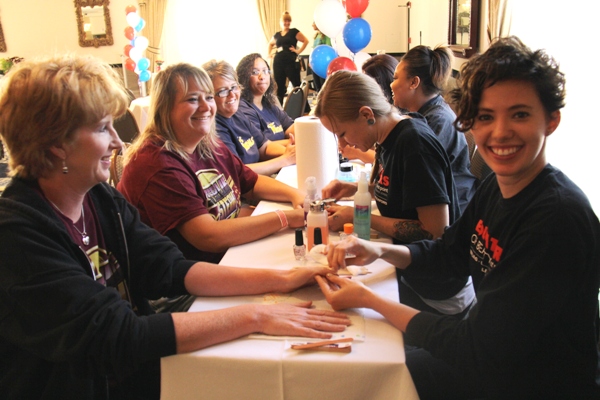 Opening Ceremonies was a blast, too. The teams and their families were so full of energy and everyone had a great time! I think the best part was the Dads' Dance. About seven dads stepped up to the plate (pun intended) and danced their hearts out for the title of Dads' Dance Champion and a t-shirt. It was so funny! We also had a couple guest stars: Helen "Sis" Wyatt (Waddell) and Barbara "Bobbie" Thompson, both former Rockford Peaches! The girls thought it was so cool that the Peaches came, and their autograph line was packed all night. 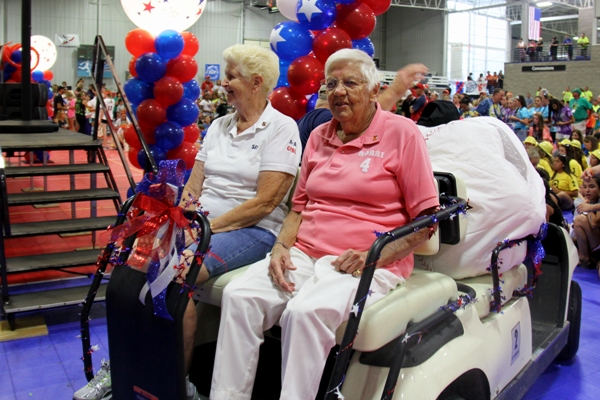 To see a quick look into what Opening Ceremonies was all about from Channel 23 WIFR, click here. Great job to everyone involved!

Chelsea is an intern at the Rockford Area Convention & Visitors Bureau.